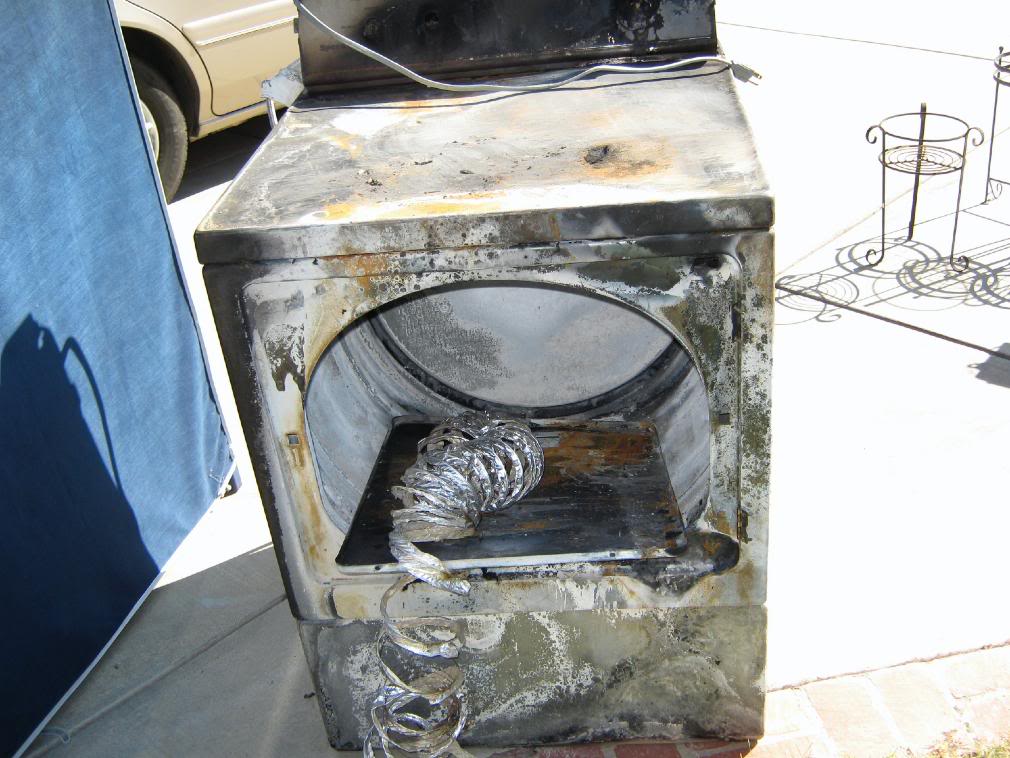 Dryer fires are one of the major causes of house fires since the demise of the chip pan! Dryers are the forgotten appliance! When it comes to the lack of consideration the builders and architects apply when installing and choosing the location for the dryer, and what the building codes regard as safe practice in terms of length and material used.

Many homes we see and that includes newer homes have excessive lint build up for various reasons as detailed below.

Reasons for Lint Build Up

Dryer Fires Start Inside a Dryer

There is a reason scouts carry lint to start fires when they are at camp … it burns really well and is easy to ignite! Inside the dryer you have a heater element that reaches as high as 190 degrees which circulates hot air around the dryer and vents out the dryer vent. But if there is a blockage through the dryer vent the lint and damp air does not escape, the lint then starts to build up inside the dryer around the element. Then all it takes is for a piece of lint to touch on the dryer element and it to start smouldering then land on the lint that’s already accumulated and the fire starts.

Why You Need Dryer Vent Cleaning

Dryer vent cleaning reduces the risk of fire and ensures the dryer is running efficiently. Modern homes have longer dryer vents meaning the lint builds up, airflow starts to get reduced and lint and damp air remain inside the dryer vent.