You are here: Home / Dryer Fire Prevention / Why Screens Should Not be Used on Dryer Vent End Caps 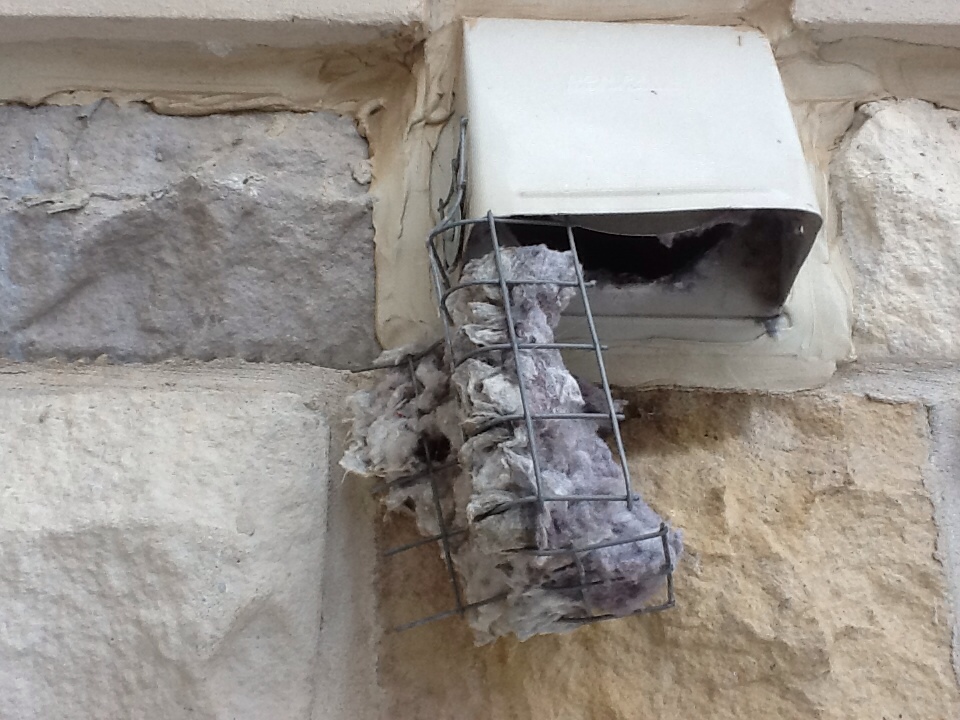 Screens Should Not be Used On Dryer Vent!

Screens should never be used on dryer vents for the simple reason they prevent lint escaping. Whilst this does not happen straight away it does so slowly over time, damp air escapes first followed by lint that sticks to the dampness inside the dryer vent and if a screen or grill is fitted the lint starts to bond to it too. Over a period of time this then forms a lint plug like you see in the photo.

Keep Pests Out Can Increase The Risk of a Dryer Fire?

Some people put screens over the end cap of their dryer vent to prevent birds or critters from moving in. Whilst this may seem to make sense, the truth is it is not the best of decisions as once the vent gets plugged at the end the lint has no where else to go. Just like cholesterol it builds up over time and starts to restrict the airflow thus lint starts to accumulate inside the dryer itself. Lint starts to settle inside the dryer cabinet and on or around the dryers heating element.

Dryer Fires Start Inside The Dryer

So the screen on the end of the dryer vent caused a lint plug, this then causes the lint to accumulate more through the dryer vent and inside the dryer. The lint inside the dryer is what causes dryer fires, the heating element glows red and reaches temperatures as high as 190 degrees fahrenheit all it needs is for a clump of lint to sit on the element and you can have a dryer fire on your hands.

Never Leave Your Dryer Running When No One is Home

The dryer should only be run when someone is in the house, also you should not run the dryer when sleeping at night this is not to scare you but just to draw attention to the fact there are hidden dangers in the home and the dryer is one of them.